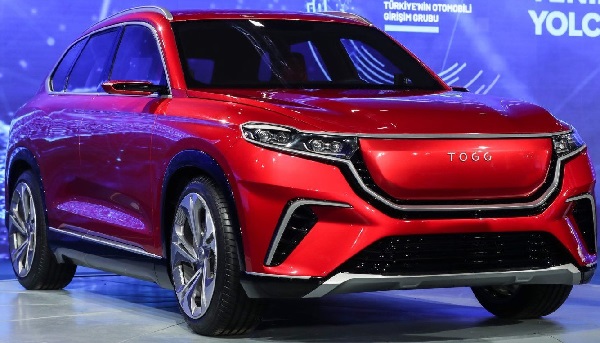 Posted at 00:00h in Innovation by pnyadvertising 0 Comments
0 Likes
Share

Turkey’s first-ever home-made electric car was unveiled on Friday 27th December 2019. The president Recep Tayyip Erdogan participated in the launched celebration of first-ever home manufacturing automobile. He unveils the car prototype and had a test drive as well. according to him, it was a dream that the country will have its automobile manufacturing that came into true after 60 years of struggle. On the launching ceremony, Erdogan said, “today we are witnessing a historic day and living the Turkey’s 60-year dream together”.

The car will be released for commercial sale in this new year 2020. SUV will be the first car that is manufactured and assembled in the turkey. It will be certified as Made in Turkey and the company is dedicated to working on five more models that will be available for sale till in 2030. It is a manufacturer and produced by the continuous struggle of the turkey’s engineers that work under the name of Turkey’s automobile joint venture group TOGG. The government announces the various support for the automobile company to work and make it progressive.

The president added that the free land and possible resources will be allocated to the factory to start the production of the cars not just to fulfill the home demand, but also to build an international brand. In 2022, the TOGG will target the production requirement and the car will be available with five more models. This project is not just to fulfill the dreams but also support the country’s automobile sector as well. Turkey is one of the major European car importers around the word. The market is the 9th largest automobile market in the world. This project not just helps to promote the exports also gives multiple opportunities to do joint ventures with the other largest automobile brands like Toyota, Hyundai, Renault, and ford. It will give an effective raise to the returns in the automobile sector as well.

Turkey is working on the project of producing its car since 1961 that comes into reality in 2020. In the event, the president added that Turkey is not a region that will work on the introduction of new technologies but also wants to be a leader to spread it around the world. At launch, it was highlighted that the zero-emission technology will not just provide the efficiency in working but also keep the environment clean. This project will be an environment-friendly project without producing pollution.

The purpose of the technology change is to provide an efficient working engine with an electrical technology that can make a difference in the overall automobile industry. This is not just for turkey it is expected that the country will do a strong and effective collaboration with other manufacturers and make a global brand of its own.

SUV comes in two engine configuration, it is 200 horsepower and 400 horsepower respectively. That shows engine capacity and with this, it will be able to do the 100km/h in just 4.8 seconds. Which shows the strong and impressive power engine. The design is elegant with two major colors that show the launching ceremony.

The project will hit the market for the sale in around 2022 after the release. For the production plant, the turkey’s government will provide free space for the factory. With the working of around 100 engineers, 300 technical workers and other staff it will hit the production market that fulfills the country’s demand and also offer it globally for the other consumers. In the next 10 to 20 years it is estimated and projected to launch five more models. It is projected that the production will hit the 175,000 units in a year with five models.

The project launch in October and get a lot of support from the government, in respect of tax cut, production facility and other possible resources that a state can offer to make the project into reality. It not only revives the whole automobile industry of turkey but also creates job opportunities as well. engineers, technical staff and other workers almost 3000 or more job opportunities are created with a single project. That is projected to rise with the time when the production of multiple units hit the targets and market as well. turkey’s government guaranteed to buy 30,000 home-produced vehicles by 2035.

Turkey is working on this extensive project from 1961, which shows it is not new and after 60years of effort and continuous struggle now in 2020 will be able to launch the first home launch. In the automobile industry, turkey is one of the largest automobile markets for European automobile manufacturers. But now it has own home manufactured electric car that is about to be hit the market in 2020 or by 2023 projected to cover the global automobile industry as well. In the launching ceremony is was disclosed that it is completely the turkey’s manufacturing like the automobile company, workers, engineers, design, each and everything is with certified “Made in Turkey”.

At the project launching, it is fully disclosed and announces how the government support and announces incentives to make this project even possible. In TOGG, turkey’s five major or leading industrial groups collaborated. Its manufacturing unit was established in Bursa where there is a land that was in use of armed force and free, designated to the project. The government gives relaxation or straight cuts in the shape of taxation and other duties and charges to make the material and equipment possible for the project.

In 2021 the production plant will be completed and starts its production that is going to hit the commercial market by 2023. The government announces to buy the 30,000 vehicles by 2023 from the automobile. Five more models are designed and on a production line that will hit the market in 2030. The project will be projected to give employment opportunities to 300 qualified engineers and personal and more than 4323 other workforces. The project will be a breakthrough in the automobile industry of Turkey